How can we overcome unconscious bias in the workplace and encourage women to succeed in STEM careers? 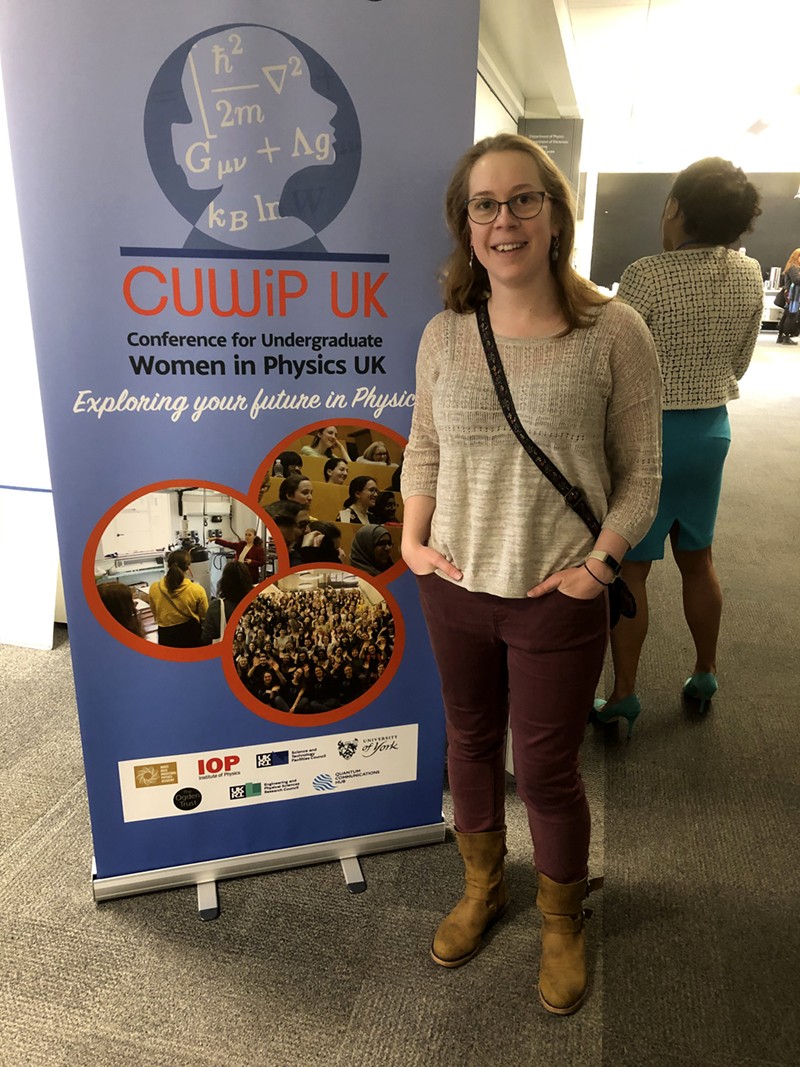 We live in a world inundated with stereotypes, which may seem inconsequential to some people. But, they become a problem when we automatically associate individuals with certain stereotypes. Many of us are guilty of this, whether we’d admit to it or not. Our brains are quick to make these associations, which can result in unconscious bias.

I was recently confronted with unconscious bias as a topic at the Conference for Undergraduate Women in Physics UK. The event attracted around 70 undergraduates (who identify as female) many of whom came from universities in the North East of the UK or Yorkshire, where Peratech’s headquarters is located. The conference intent was to empower delegates, giving them the confidence to both express themselves clearly and to make positive decisions to follow a career using their physics knowledge and skills.

The unconscious bias discussion centred around why good committed people (us) are still making decisions that do not match up with our values. Delegates agreed that it is noticeable how professors can often be harder on women than men, how hiring practices can still be very unfair, and how so many assumptions are made about women because of their sex.

Many of these decisions are based on unconscious bias where you think you’re making an informed choice, but actually, your brain has taken a mental shortcut. This is because every second, your brain processes about 11 million pieces of information but only 50 are captured, with just 7 of those processed by your working memory. By taking a short cut and using perceived learning from the past, your brain arrives at a decision both faster and more efficiently. Harvard has this online test you can use to test your own unconscious bias based on making quick decisions. Perhaps that’s one of the problems; most people are capable of making a measured decision given time but even women, when making a quick decision, are guilty of judging other women unfairly due to unconscious bias – a problem caused by society.

The keynote speaker was Dame Jocelyn Bell Burnell, the post-graduate Astrophysicist who co-discovered the first radio pulsars in 1967. The paper detailing the discovery had five authors, of which Bell was listed second after her thesis supervisor, Martin Hewish. Hewish and five others were awarded the 1974 Nobel Prize in Physics for the discovery, but even though she was the first to observe the pulsars, Bell was not one of the prize recipients.

It was interesting to hear Bell explain her experiences working in a male-dominated environment, where because of her gender she was often overlooked – after all, she was engaged and therefore expected to leave the scientific community to focus on her marriage! However, she realised that if she gave an adverse reaction to the press, it could have quite a far-reaching effect on how ambitious women in science were viewed in the future. I was shocked to hear that when she and her supervisor were talking about the discovery to the media, editors looked to her supervisor during interviews for answers and Bell was ignored entirely. She was even asked to undo her top button for photographs to appear “more feminine”.

Encouragingly, it does seem that a lot has improved since the 1970s! Many employers do have structures to help women – both outreach recruitment programmes to attract them into industry and practices in place once they’re part of the workforce. Smaller workplaces may not have the resources to run outreach schemes, but many have the enthusiasm to do as much as possible and they really fly the flag for women in physics, as I believe Peratech does. For example, we have a professional internship programme run with the help of WRIPA (White Rose Industrial Physics Academy), Durham University and Northumbria University. The programme attracts both men and women to come to Peratech, and we are encouraged to network and mentor others whenever we can.

Bell really emphasised to the conference delegates how women should use the power of networking and actively look out for, encourage and mentor other women in our working careers. While she felt like the poster girl of physics back in the 70s who shouldn’t rock the boat for other women, the landscape now is vastly different. We all have a duty to banish gender stereotypes (and other stereotypes!) in the workplace and encourage women in STEM.