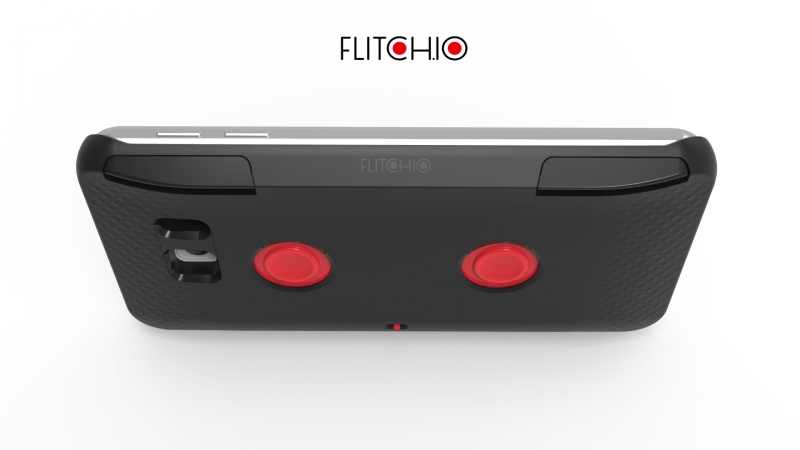 RICHMOND, North Yorks, England – 9 July 2015.  Peratech, providers of pressure-based enabling technologies for innovating next generation human-machine interfaces, has announced that its Quantum Tunnelling Composite® pressure-sensitive sensors have been used in the new Flitchio™ smartphone case with built-in game controller.  Instead of having control interfaces on the screen that obscure the screen area used for gaming, Flitchio has two shoulder buttons and two ultrathin joysticks on the back surface of the case.

Dr. Amir Shadmand, CEO and Co-Founder of SUPENTA, makers of Flitchio, explained, “Peratech enabled us to solve our challenges of making the joysticks sensitive, accurate and thin so that they fitted into a normal thickness smartphone case.  In addition, QTC technology is extremely efficient – using hardly any current, so we can power our system wirelessly just with the NFC antennas in the smartphone.  Peratech worked closely with us to help with sensor design and integration.  The result is a world’s first and a real game changer.” 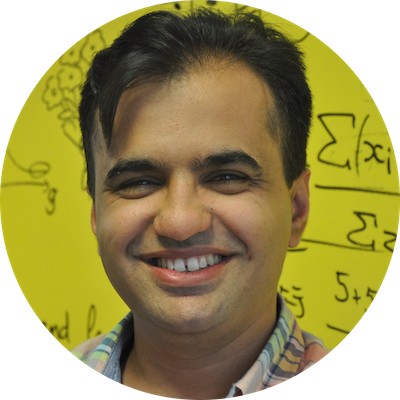 Jon Stark, Peratech’s CEO, added, “QTC technology has been used to provide touch sensitivity for mobile phones before but this is the first time that someone has created a QTC-based product that uses the back of a device.  SUPENTA did a great job designing a control in which your fingers fall naturally onto the joysticks. It takes only a few moments to become used to using fingers on the back of the case to control the action.  It’s a totally intuitive device for natural hand-eye coordination and a perfect example of QTC technology enabling user experience innovations." 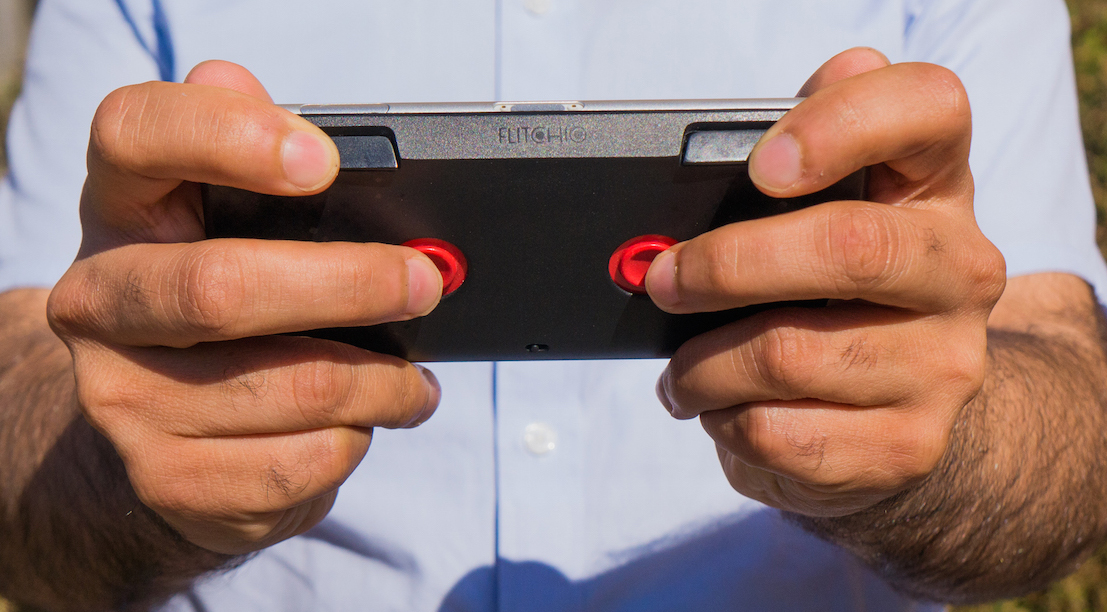 Flitchio simply snaps onto the phone and links in moments by NFC so that it can be used to play dozens of popular games, to pilot drones, to take a selfie with the back of the phone, to be a remote for Smart TVs, and to drive many more applications using a software development kit.  The case is initially built for the Samsung Galaxy S6 and S6 Edge, but SUPENTA intends to make cases for other smartphones in the future.  Prices will start from £39 including VAT with availability in early 2016.

Said Shadmand, “We chose Peratech QTC technology because it’s effectively a sensitive, consistent solid-state force sensor that will give us the operational life we need in the demanding world of mobile gaming.”

Peratech Holdco Ltd. is a privately held company with 20 employees based in Richmond, North Yorkshire.  It is currently working with a number of key technology clients who are implementing QTC® sensing technology within their own products.  The company is an excellent example of British innovation bringing in global revenue.  QTC technology is protected by numerous worldwide patents and has a wide range of applications.  From robotics to automotive and from touch screens to consumer electrical products, the product has been integrated into over a million products with companies around the world.  Peratech’s multi-award winning QTC nanotechnology received the Queen's Award for Enterprise in Innovation in November 2012.

Flitchio is a trademark of SUPENTA.

All other trademarks are the property of their respective owners.