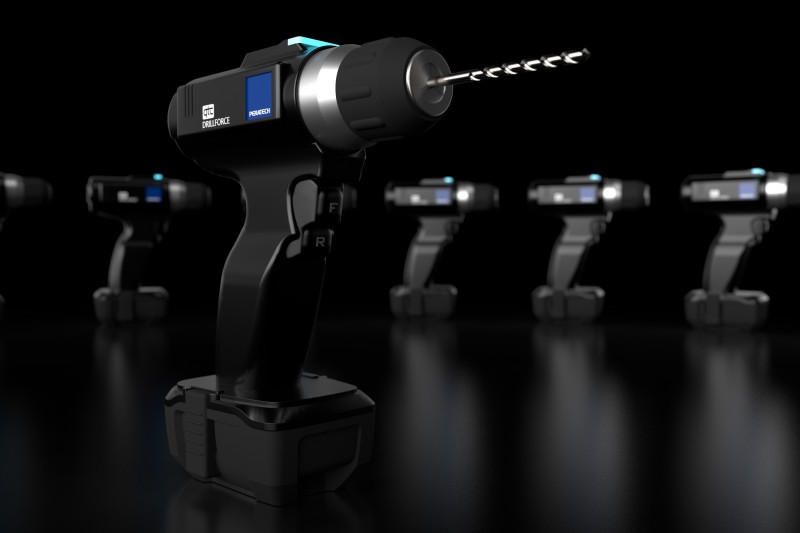 Think of a rollercoaster ride and you’re immediately transported onto the track; you can feel the speed, the wind in your face, the fear and excitement as you grip the safety rail (or your neighbour!) tightly as you fly around the track. The thrill of the white knuckle ride. You hold on tighter and tighter the faster you go, squeezing the safety rail like your life depends upon it; and that instinct, hard-wired into our brains, means that even though, rationally, we know we’re not really going to die, holding on tightly makes us feel safe.

Touch is perhaps the most overlooked of our senses. Our largest organ, we all receive tactile information about the world around us every second of the day using the numerous receptors located in our skin. We respond to a myriad of different stimuli including pain, temperature, tension, pressure, shape, texture, weight and vibration, informing our behaviours and helping our brains to perceive and navigate the world around us.

Yet, we have a tendency to curtail its capacity to control everyday objects, despite our brains’ hard-wired ability to respond to this type of action-reaction stimulus. We remove ourselves from this type of touch-interaction, building-in artificial layers or boundaries between us and our devices, which our brains have to learn to navigate. Some of our commonplace devices, like touch-sensitive screens, are more intuitive than others, such as keyboards.

However, one of the latest advances in mobile phone interfaces is the pressure-sensitive screen; press harder and you move to the next tier of interaction. Another development is the ability to unlock some phones by gripping them; and while gripping to make something ‘go’ might not feel completely intuitive in the first instance, it does make brain-sense if something goes faster the harder you squeeze! Such a user interface doesn’t require a great deal of instruction and our brains can comprehend the action-reaction dynamic very quickly. The sophisticated human brain is super-good at generating patterns and creating form from abstracted information. We shouldn’t stop there, though, but keep looking for ever-more intuitive forms of user interfaces.

One such area is the world of power tools which is one step ahead in using grip as an interface. An Australian-based manufacturer is already using next-generation touch/force-sensing solutions company Peratech’s 3D force-sensing tech to replace a conventional trigger on an electric impact driver. In place of the standard variable depth trigger it uses pressure pads, built into the handle, one for forward and one for reverse. The harder the user grips the handle, the faster the impact driver operates. As well as being entirely intuitive, evidence shows it reduces the time it takes to reverse the direction of rotation by around 30%. Significantly, it offers the user a simpler, more natural way to control the speed, as well as enhancing the driver’s ergonomics.

This methodology could be applied to other power tools like circular and reciprocating saws and has the capacity to be widened out to other types of electro-mechanical controls such as the power settings on nail guns and routers. Rather than turning a knob, the user could simply squeeze the handle more tightly in order to increase the power, before locking it off by touching a different part of the handle.

Going back to the brain’s innate capacity to react to touch-stimuli, when something appears stuck our natural reaction is to push or pull it harder. That reaction can now be converted into action using sensors to provide a more intuitive interface, changing the way we apply electro-mechanical effort in the process. Another viable application is in lifting equipment designed to move large objects, which could be adapted to sense and react to the amount of pressure applied by an operator’s hand, ultimately functioning with a far greater dexterity.

Using the action-reaction stimulus to make something operate faster by squeezing or gripping harder signals a natural pathway into a new way of operating machinery. Peratech’s force-sensing solutions are already being harnessed in numerous applications, including power tools.